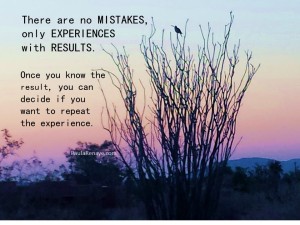 We all have times in life when things don’t go the way we think they should. That includes me, maybe especially me.

For the last year, I have been in another intense transformation period. Or, to put it another way, things just went to hell in a handbasket. From health to money to you name it, nothing seemed to go my way. Things that had seemed to be working well, just stopped. It was like a big cosmic switch had been turned off.

I did what I always do; I scrambled to make things start working again. Only that didn’t work either. A situation or project would look promising and I’d put an exorbitant amount of time and energy into for it to just fall flat. I was on a rollercoaster ride of high hopes and epic fails. Door after door after door closed in my face and the mistakes kept piling up. No matter what I threw against the wall, it didn’t stick. It was almost as if I had become invisible on all levels.

In one way, I think I had. The old ways had stopped working because they weren’t supposed to anymore. I’d changed. My whole frequency—my vibe—had changed and it had to find a new fit, a new harmony.

And even though this last year feels like one big constriction that just kept getting tighter and tighter, I know that it is actually an expansion. I was being pushed. The “mistakes” were actually gifts. None of the projects were really what I wanted, but they had enough elements that I liked to keep me chasing after them. But if they’d worked out, I would have been stuck even worse. Since the situation “almost worked,” it would have been even harder to move forward into the things that were really right for me.

And that is what my trip to California was about—moving on. It didn’t work out the way I’d expected at all. In the traditional sense, it was a failure, a big fat mistake. Only it wasn’t. In 10 short days, I became very clear about many things. Things that used to be important to me aren’t anymore. I was surrounded by lots of stuff and the trappings of traditional success and I just didn’t care. The glamorous idea of it all couldn’t fix the fact that things were not right—really not right. So, I didn’t settle and I didn’t force myself to stay in a situation that did not feel good. 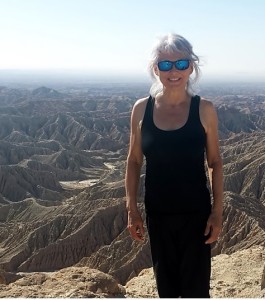 Now, I wish I could tell you that once I made that decision that all the answers for what to do next came flooding in. Unfortunately, that hasn’t happened. I don’t know what comes next and that’s a little scary. Uncertainty is uncomfortable. It also makes a lot of people who care about me uncomfortable. It brings up fear.

When we’re in the midst of uncertainty, the last thing we need to do is focus on fear. We don’t need to explain our mistakes to others or continuously review how bleak our situation is. It just makes things worse.

What we need is encouragement and positive support—from others and ourselves. We need to celebrate the fact that we took a risk. We need to focus on that fact that we did something. We stepped out and took a chance instead of staying in the “safe” place of not trying at all.

Here’s the deal. No matter how much we try to avoid it, we’re going to feel bad. We can choose to do nothing, but bad feelings will still come. To truly live and be alive, we must do. Things won’t always work out. That’s okay. Success is in the choice of doing.

There are no MISTAKES, only EXPERIENCES with RESULTS.
Once you know the results,
you can decide if you want to repeat the experience.

If you know a situation isn’t working, don’t keep trying to figure out how to make it okay in your head so you don’t have to make changes. Don’t buy into others’ fears and don’t settle. Get out of the situation. Make a new choice. And be willing for things to not work out the way you think they should. Because it is in those moments that you have the greatest opportunity for clarity on what you truly want for your life and what you don’t. 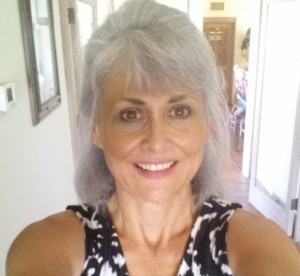 ← YOU HAVE TO FOLLOW THE RULES!
Face the Dragon—SELF-HONOR →

2 comments for “My BIG Mistakes”