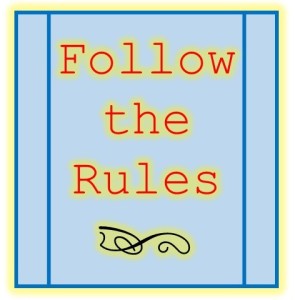 This is an article unlike any I have written here before. For one, it isn’t my usual upbeat tone or even a self-help topic. It is also very long, so proceed at your own risk. Blame it on crazy vibes in the air—or in my head—but this is something I have a strong opinion about. I may delete it tomorrow, but I’m sharing it today. Many of you won’t agree with me. That’s okay. We all have our viewpoints and experiences and this article is about mine.

My youngest daughter just called on her way home from her college where she was called in to prove she has a high school diploma before the summer session starts next week. It is beside the point that they are the ones who lost said diploma. Also apparently beside the point is that she has already successfully completed 33 hours at the college with a 4.0. None of that matters. What matters is that they have to have their papers in order. The whole system would collapse otherwise. It would be chaos. Nonconforming, free-thinking self-learners would be sneaking into academia and earning degrees without the proper paperwork, and God knows, we can’t have that. If you didn’t learn it our way, we don’t acknowledge it. Following the prescribed steps and having the proper paperwork is what matters most. YOU HAVE TO FOLLOW THE RULES!

If this were my first nonsensical experience with the educational system, I’d probably stop my rant here, post it on Facebook and be done with it. But this is not my first academic rodeo. I have my own sordid story, of course, which gained another unpleasant chapter a few weeks ago, but I’ll save that tale for another time. Today, it’s about the children.

When my oldest daughter was 5, we were moving back to Colorado and I didn’t want to put her in one school and then shuffle her around, so I homeschooled her for kindergarten. When I went to the elementary school and tried to enroll her for first grade the following year, the principal basically laughed at me. He explained very condescendingly that she would be “young” even for first grade since she would not turn six until a few days before school started. He explained how she wouldn’t be ready or able to handle it since she’d been home with me and hadn’t be prepared through the kindergarten experience.

I explained a few things to him too, impressing upon him that she needed to be in a grade where she would be challenged and not bored to tears—or have her spark for self-learning smothered. In fairness, I’m sure he’d heard a lot of “my kid’s a genius” talk from parents. But lumping everyone into the same “you’re all idiots” category isn’t fair either, unless, of course, conformity and sameness is your goal…we’ll get to that in a bit.

Eventually, Mr. Principal realized I wasn’t going away, so he gave me the name of a psychologist and told me I had to have her tested to prove she was ready for first grade. I told him she needed to be in at least third. He assured me she would be put at the “appropriate level” as the testing would show. Okey dokey.

Long story short, I took my daughter, who was 5 years and four months old, to the psychologist, paid my hundreds of dollars and he tested her over a period of two days. The lowest grade level she scored on anything was mid-year second grade, which I think had more to do with motor skills. Everything else was grade four to ten. Yes, I’m not kidding. Not exactly like Sheldon on The Big Bang Theory, but close enough to get the idea.

The principal’s response? He’d go ahead and put her in first grade, but that was it. Not only did he go back on his word of putting her where the testing showed she needed to be, he also deliberately placed her with a teacher who was adamantly against advanced placement—she told me so. No matter how I argued, that was that. If I wanted her in public school—and I was barely keeping my head above water otherwise—I had to do what he said. He assured me that it was for the best, that most kids “leveled out” by third grade and were on par with the others by then. In other words, that was about the time it took to crush their spirits and get them to conform to mediocrity.

I have many regrets over that whole situation, but given my own situation at the time, I did what I could manage. She deserved so much better—all kids deserve so much better.

The rocky road of public school eventually led to another meeting with a different principal at the middle school. My shy, soft spoken daughter was about to get thrown out of 7th grade—for correcting the science teacher, repeatedly. When she noticed something being presented incorrectly, she simply explained why he was wrong, gave the correct information to the class—and was promptly sent to the principal’s office.

By that time, a small private church school had opened in the remote mountain area where we lived, so I went and basically begged them to take her. They tested her and put her in 8th grade, which was as high as it went. A month later, I was again called in. He had nothing but glowing comments about her, but explained that she asked questions that confused the other students. She couldn’t stay there either. I lost it. I had been teetering on the edge of a meltdown for a very long time for many reasons and that almost did me in. Thankfully, he saw my distress, and before I went into full blown hysterics, he offered a solution. He handed me a letter of recommendation and suggested I enroll her in community college. He’d already made some calls and he thought it could work. She just had to pass the tests to get in.

I drove her to Denver, talked to who he told me to and, in short order, my 12-year-old was enrolled in Freshmen English, College Algebra and Anthropology. She breezed through that, but I wanted her to have some opportunity for a normal high school experience, such as band and other activities. So, college transcript in hand, I went to the high school to see what we could do about all that. As one would now expect, it did not go well. They did not care that she’d been to college. They cared a lot that she hadn’t graduated 8th grade.

They begrudgingly enrolled her in high school freshman classes because that’s what EVERYONE takes—no matter what. Well, I had a different opinion and kept repeating it, loudly. I also brought them a copy of the article the Rocky Mountain News had written about her and asked them if they’d like to have another story in the paper—a not-so-heartwarming one. They eventually found a way to make those college credits work and she graduated at 15. The story goes on, but that’s enough for now.

This was all back in the 90’s, so I sincerely hope that things have changed. I hope they will change even more—for the good. I hope that someday we will move beyond the myopic self-aggrandized programming of academia and find a way to honor intelligence, knowledge and ability no matter how it was obtained. Because those who WANT to learn WILL whether they are in a classroom or not.

When we’re inspired, when we feel our own passion. We create because we want to. And we excel. When we blaze our own trail in our own way, we feel an excitement and fulfillment that can never be experienced through conformity, sameness, fitting in or doing what someone else says we should.

A good friend of mine once told me that when he first started at the university, he had a professor who said, “Don’t let school get in the way of your education.” It was very wise advice and he took it to heart. He was a life-long self-learner. And because of his Masters degree—and also in spite of it—he created a pilot school for teens that were labeled troublemakers, were one step away from jail or simply wouldn’t go to school. He took the kids no one wanted in their classroom—the rejects.

There were no desks in his classroom, no timed classes and no lectures. He simply asked each kid what they were interested in and then told them to figure out a way to cover the requirements for graduation within that context. (It sounds a little like the movie Accepted.) Love planes? Great! Plenty of math, science and such to be learned from that venue. Want to design clothes? No problem. Certainly need to know math for measuring and keeping books for business and you certainly better be able to write and speak about your creations. Whatever they were interested in was the foundation for the curriculum. His graduation rate, as well as the percentage of students continuing on to college, far surpassed the “traditional” school. The rejects blew away the traditionalists.

So, here’s my question: Why can’t we give our children the freedom to learn in THAT way?

Why can’t we stop forcing people into boxes designed primarily to serve the box-makers?

Why can’t we honor that each individual has a unique contribution to make to the world—and encourage them to make it in their own creative way?

Why can’t we focus on inspiring self-learning, igniting passion and stepping up to model self-responsibility?

Why can’t my friend’s inspired and highly effective school for troubled teens be available to all kids?

Oh, sure, I can hear the arguments now. “It would take too long.” “Too much work for teachers and administrators.” Or, the always handy, “But then the kids couldn’t pass the state tests!” Guess what? Most couldn’t now either if they didn’t practice incessantly for them. There’s a lot riding on those test scores for everyone—except, of course, the kids’ actual education.

We have a system that is turning—has turned—our children into compliant little test takers who can produce group numbers that make academics and regulators feel warm and fuzzy. Is that really why we send our children to school? Don’t we want better? Don’t we really want to inspire, nurture and challenge our children to reach their highest potential? Don’t we really want to help them become happy, productive adults with high self-esteem, a natural thirst for knowledge and the ability to think for themselves?

So, whoever has hung in with me to this point, give yourself permission to think differently. Give your children permission too. Tell them to forget what they’ve been told they “should” do—or shouldn’t, even by you. And listen to them. Find out what makes their hears sing? Listen to their dreams and get excited with them. Encourage them to find their own inner guidance—and trust them to find their way. Inspire them and give them a great example to follow. Tell them how great they are and that the only limits they have are those they want to put on themselves. Tell yourself too.

It’s time stop being complacent and compliant just because it seems easier and we don’t know what else to do. It’s time to reconnect with our true selves and rekindle our dreams—and help our children do the same.

We’ve been lured into a box, but we don’t have to stay there. And the first step out is to realize that YOU DON’T HAVE TO FOLLOW THE OLD RULES.