Are You Asking the Right Questions? 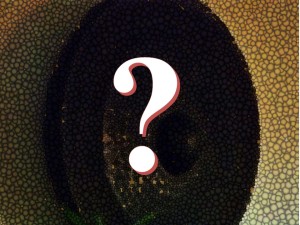 We all have a lot of questions running through our minds, but most of them don’t ever get asked. Granted, there are times they don’t need to! But here, we’re talking about the times they really do–the times when you really need to know the truth about something. So why won’t we ask those questions?

Sometimes, we just don’t want to admit we don’t know.Other times, we’re worried about what the person will think. We can worry about offending–even while we’re being offended! A lot of times, though, we’re just plain afraid of hearing the answers–it’s easier to stay in denial by not having the truth spoken.

Whatever the case, we hold back and don’t address the issue head on. We beat around the bush and drop hints instead of saying what we really want to. And we usually wind up disappointed, frustrated or really angry–at ourselves.

So, as uncomfortable as it may be at first, start asking the questions you really want answered–start speaking your truth. You might be amazed at how your world shifts because of it–how your feelings shift, for the better. And the really cool thing is that you’ll no longer have to guess or assume what others are thinking, because you’ll know. They’ll also know where you stand.

Communication becomes honest and real. You’re no longer hiding behind a mask, or holding back so others will like you–or not think “bad” of you. That doesn’t mean be rude or insensitive. It simply means be authentic. And those who don’t “like” you anymore, well, guess what? They never really did. They only liked the role you were playing that worked for them.

When we’re honest about who we are, then we attract the right people who fit with us–not those who only like our pretend versions. It sure cuts down on the pretense and drama in our lives, as well as the anxiety about worrying about what others think.

So, don’t hold back. Ask the questions that need asked. Say the things that need said. Be honest about who you really are. Be authentically you!

I took those words to heart. I realized that I needed to answer some questions about myself and the work I do–the uncomfortable questions. So, I did. And I didn’t hold back. I answered questions I have been afraid to ask others in the past. It would have saved me a lot of time, money and frustration if I had. Maybe these questions can do that for you too. Check out the list here.

And, if you have any other questions for me, send them along and I’ll add them to the page!

PS: The website’s also been revamped, so check that out too!